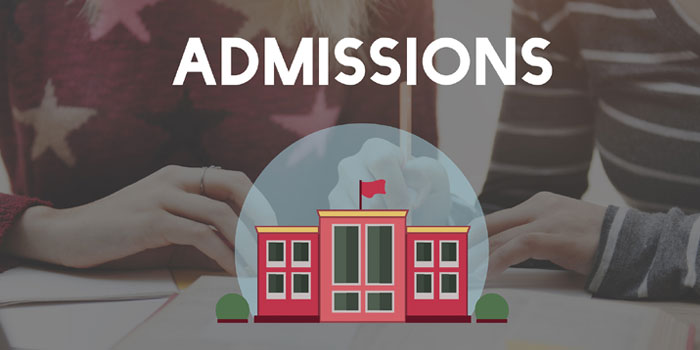 In a previous post, we explained why higher education institutions are using automated admissions software to manage the admissions process. Because students are applying to more schools and transferring more frequently, manually reviewing applications and related materials is becoming more time-consuming, complex and costly.

In addition to saving time and money by automating administrative tasks, admissions software enables collaboration and decision-making based upon one accurate, up-to-date data set for each applicant. It also provides a communications platform that allows prospective students to create a profile, stay informed about upcoming events and application deadlines, and submit online applications.

However, the value of these tools go far beyond task automation and the sharing and organization of data. Automated admission software minimizes human biases in the admissions process, which continues to be a struggle for many schools. Subconsciously, humans tend to choose people like themselves. At the same time, positive bias in the name of diversity — choosing someone based on gender, for example — can send the wrong message that a student was selected because of her attributes instead of her record. It can also increase the risk of poor admissions decisions.

The lack of women and minorities enrolled in STEM (science, technology, engineering and mathematics) programs is a prime example of admissions bias. According to the Center for American Progress, 60 percent of all undergraduate degrees and 60 percent of all master’s degrees are earned by women. Yet STEM majors tend to be overwhelmingly male, which can lead to an ongoing, inherent bias in the admissions process.

Holberton School of Software Engineering, one of the country’s most selective schools as evidenced by its 3 percent acceptance rate, employs an admissions process that is almost completely automated. There is no preference given based upon programming experience, ethnicity, gender or other characteristics. The admissions process is “blind” with no quotas.

Since implementing a four-step, automated process – primarily to correct the unconscious bias that is prevalent in the tech industry – there has been a dramatic increase in female and minority students. Today, nearly 40 percent of the Holberton student body are women. 44 percent are minorities.

Holberton isn’t the only school exploring automated admissions tools. Juan Gilbert, as associate professor of computer software at Auburn University, developed admissions software to speed up the admissions process and improve racial and ethnic diversity without the risk of being sued. Gilbert’s software groups applicants into three categories: those who are automatically rejected for failing to meet minimum standards, those who are far superior and quickly accepted, and those who are capable of handling the work but require further review before a decision is made.

Using Gilbert’s Applications Quest software, applicants in the third and largest category are clustered into smaller groups with people who share the same qualifications. From each group, the software then chooses exceptional applicants based upon a number of factors that are equally weighted. Experimental use has resulted in a more diverse class than the admissions team had chosen.

More than a cost-saving and communications tool, automated admissions software is capable of removing bias from the admissions process while safeguarding schools from legal disputes. These tools should continue to be explored and evaluated as higher education admissions becomes more complex and competitive.