Student Privacy and the Evolution of the Student Record 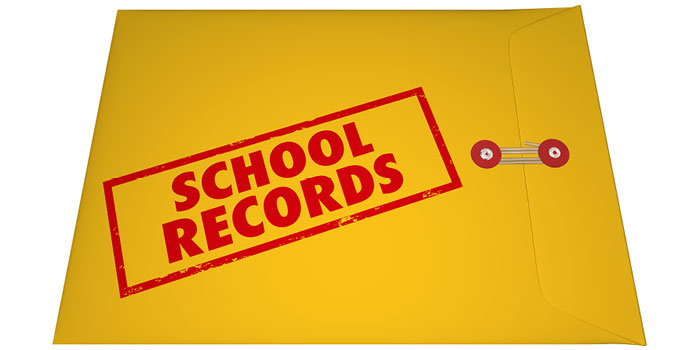 In a previous post, we discussed how more colleges and universities are using big data analytics to drive a variety of initiatives and improve decision-making. For example, real-time analysis of large datasets can improve student recruitment efforts, enhance academic advising processes, and increase student success rates. However, there must be defined processes across all departments for entering, validating and correlating data to ensure data accuracy and ROI from data-driven initiatives.

The use of big data in higher education is the latest chapter in the evolution of the student record, which has been going on for more than 100 years. Although some schools such as Harvard and Yale recorded each student’s academic and personal behavior, there was no uniformity in student recordkeeping across institutions until the Carnegie Unit was introduced in the late 19th century.

Widely adopted by 1910, the Carnegie Unit, a universal system for awarding academic credit, is defined as 120 hours of class time with an instructor over the course of an academic year. The Carnegie Unit established a system of educational credits that could be earned, transferred and eventually redeemed for a degree.

However, standard definitions for collecting, recording and reporting information and evaluating students were still lacking as higher education was rapidly expanding and diversifying. And because so many students served in the military during World War I, institutions needed to develop a system for awarding credit to soldiers for their military service and training.

A more structured, collective approach was required after World War II due to the millions of veterans and billions of dollars involved. The solution, a book called The Tuttle Guide, provided guidelines for maintaining academic standards, providing credit for military service, and using standardized tests for student evaluation.

Although this guide was widely adopted, questions remained about what student information should be collected and recorded, how credit should be recorded, and what types of experiences qualified as credit. The American Association of Collegiate Registrars and Admissions Officers responded with manuals that explained what should be included in an academic transcript and how student records should be maintained and disseminated. Some states passed laws that established legal obligations for how institutions managed student records. Since the 1970s, student record standards have continued to evolve, with more recent emphasis on student privacy and institutional accountability.

Organizers of the Stanford University initiative have created a general, self-governance policy that the group hopes will provide a foundation for a standardized approach to the usage and management of student data. The initiative recognizes that data collection must be a joint venture involving students, universities and third-party vendors, and institutions must be transparent about data collection and analysis. Student data should be used to both help institutions become more effective and introduce students to new opportunities.

While higher education continues to fine-tune what is essentially a code of ethics for big data and the student record, the issue of data security remains a top concern. In the next post, we’ll discuss the cybersecurity issues faced by higher education institutions and how to minimize the risk of a data breach.