Social Media in Higher Education: What's Working and What's Not 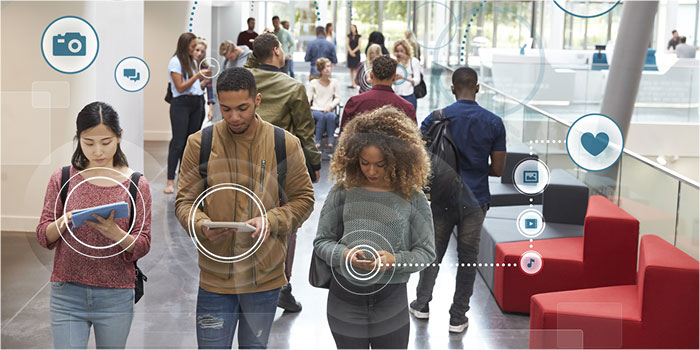 Higher education has begun to embrace social media, recognizing that simply having a presence on the most popular social channels is no longer enough. Colleges and universities are under pressure to become active on emerging platforms, such as Instagram and Snapchat, and use new features on existing platforms, such as Facebook Live. They need to take a more sophisticated approach to social contests and hashtag usage. They need to use social media not just for posting, but for listening to their fans and followers.

While colleges and universities are on the right path with social media and understand its importance, higher education as a whole is struggling with social media management. Many make the mistake of joining every social channel and blasting the same content everywhere. Even worse, they leave out the “social” in social media and focus on marketing instead of making connections with people. Another challenge is that high school and college students are often the first ones to use new social media platforms and features, and it can be difficult for schools to keep up with the latest trends.

Higher education institutions that are getting social media right have a few things in common. They aren’t expecting the marketing team to do all the work. Senior leadership is not only supportive of social media, but they’re also heavily involved and prioritize collaboration. Social media channels are chosen strategically based on audience preferences and institutional goals. Social media managers recognize that each channel has its own audience, and they work hard to get to know each audience and build relationships with followers and fans. They also develop and executive comprehensive social media plans and use analytics to measure the results.

For example, Princeton University ran a “Snap as You Pack” campaign with a designated hashtag to chronicle student experiences as they packed for school. Princeton had conducted similar campaigns in years past, but research led the school to move the campaign from Twitter and Instagram to Snapchat to maximize engagement. Western Kentucky University has reported great success with Facebook Live. They’ve used professional video crews to capture the school mascot hand-delivering admissions letters to incoming students and dancing at student events. This allowed people to see campus activities in real-time.

These and other social media initiatives in higher education required months of research and preparation, constant monitoring during the campaign, and performance analysis after the campaign. What specific problem are we trying to solve? What goal are we trying to achieve? Who do we want to reach? Who will be responsible for various tasks before, during and after the campaign? What is our strategy? What platforms should be used? What tactics should be used to ensure high levels of engagement? How will success be measured? Does the campaign support the school’s brand? How do we stay within budget?

Social media can play an important role in student recruitment and retention, alumni relations and institutional branding. By taking a strategic, collaborative approach, schools can turn social media into a competitive differentiator and create lasting relationships with students, parents, staff, supporters and the local community.